On 3 November we had our biggest New Dots event so far – an evening concert at King’s Place showcasing four new pieces by composer-filmmaker pairs plus a new work by Dutch composer Jan Vriend, performed by Ensemble Matisse. We called it Interference Patterns. The idea behind the project was to have composers and filmmakers working together on equal footing from the offing, creating pieces in which neither medium was creatively dominant.

I’ve thought a lot about collaboration recently – having presented a couple of concerts with artist Nat Urazmetova in the last few months – and what fascinated me about the results of Interference Patterns was the variety of approaches the pairs took, and how each piece seemed to succeed as a collaboration on its own terms. Some were scrupulously detailed in their music/visual synchronisation (with the ensemble playing to a click-track through earpieces); others worked in broader strokes, having passages of music match visual cues (here the players coordinated by watching the film on a monitor) or keeping the two media quite independent of each other. Each team forged a unique composite language: the ephemeral, timbral music of Lisa Illean inhabited the same dark, suggestive realm as Karolina Glusiec‘s abstract visuals; Liam Taylor-West‘s tonal, minimalist leanings complemented Rebecca Marshall‘s poppy diary footage and commentary; and Ewan Campbell and Sebastian Barner-Rasmussen were totally on the same page in their exploration (pictured above) of the sinister, depressing, ugly side of the mundane. We’re used to people ‘finding the beauty of the everyday’ but it was refreshing that Ewan and Sebastian said something completely different with it.

Daniel Kidane and Giorgio Bosisio‘s work We lived like strangers had a particularly interesting back-story. Giorgio incorporated a lot of ‘found’ footage – ‘found’ in the sense that he stumbled across it on the top floor of an abandoned hotel in Switzerland. The footage turned out to be the hotel owner’s videos of his family and dog on holiday (plus a few ‘blue’ movies, snatches of which made their way into the final moments of We lived like strangers and made for an unexpectedly X-rated dimension to the evening…). Some bits of the film got burnt while Giorgio experimented projecting them – the blotchy, distorted results made it into the final piece, a celebration of the random, unpredictable and uncontrollable. 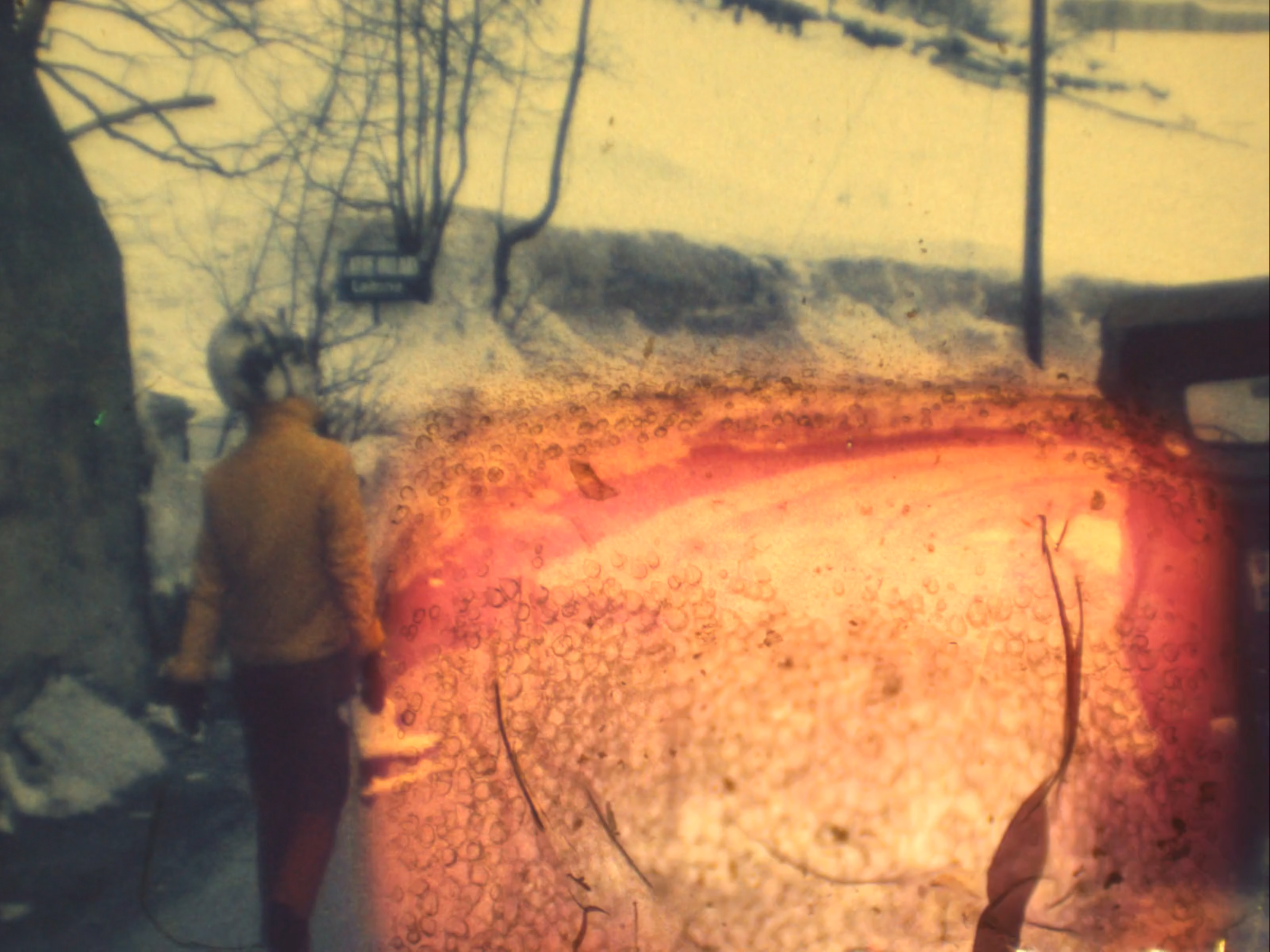 Daniel’s music was, in a kind of analogy to the ‘found’ footage, recycled – a reworking (at times quite distant) of his piece Spear, which he wrote for Kate Romano (clarinet) and me. I enjoyed hearing it in this new quartet guise, and Giorgio’s fast cutting was an effective match for Daniel’s intricate textures and jagged pacing. Interestingly, the pair couldn’t always plan how the visuals and music would relate, and ironically the work ended up being suffused with beautiful moments of coincidental correlation. This poeticising/dramatising of chance (along with the idea of ‘found’ footage) brought to mind Antonioni’s 1966 film Blow-Up, where a photographer discovers he’s unwittingly captured the clue to a murder while developing his photos. That film poses a host of ethical and aesthetic questions about the nature of film and what it captures, much of which seems relevant here too. I wonder what the family from Switzerland would have made of the extraordinary notion of their holiday footage being found and repurposed in this way. Here’s an old dog that cropped up numerous times: 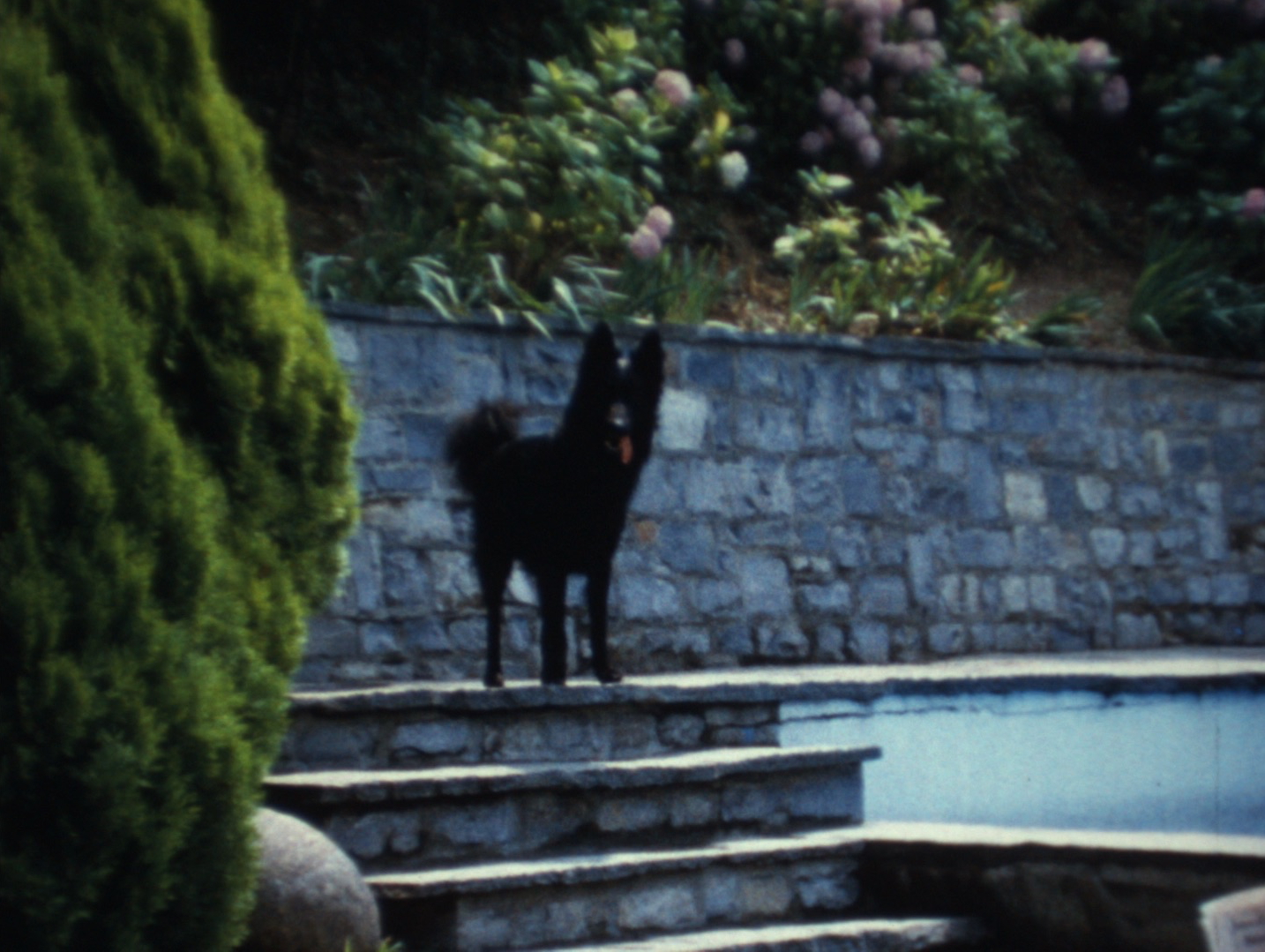 I’ve presented the last couple of New Dots concerts, interviewing composers, filmmakers and performers onstage, and this has been an interesting departure for me. I often introduce pieces at my own concerts, but it’s a different sort of task to facilitate other people’s talking. I feel a big responsibility to allow them to say what they want, encourage them to mention points the audience needs to hear (or will find interesting) and to keep the whole thing coherent and within a time limit. It’s very rewarding to be involved in this way though, and feedback is usually that people find having a little explanation and hearing the artists speak helpful.

I’ve been learning other new tricks for New Dots too: I’m curating our ongoing blog series, Dots Playlists, and in the run-up to Interference Patterns I interviewed Jan Vriend and made this:

I hadn’t originally intended to use the sound recording (hence the lo-fi quality, background noise etc), but afterwards I felt the best way I could convey Jan’s ideas was to have them in his own Dutch-flavoured, impassioned voice, and to include excerpts from his music alongside it. Listening to the premiere of his Degrees of Freedom at Interference Patterns, I had Jan’s words resonating through my head, reinforcing the ideas of the piece.