GHOSTS & MIRRORS PRESS / MEDIA PAGE Last updated: 27 Nov Please feel free to share this page with other potentially interested parties but note that it is intended for press and demo purposes only. For public use please point to www.richarduttley.com or www.richarduttley.com/category/ghosts-and-mirrors/ Many thanks! My new CD, Ghosts & Mirrors, was released on the Artists Recording Company label in October 2014. The themes of the album include hauntings and symmetry, and it features the highly-anticipated first recordings of Marvin Wolfthal’s Lulu Fantasy (a paraphrase on Berg’s opera) and Mark Simpson’s Barkham Fantasy. It was the first recording to be made in London’s new Milton Court Concert Hall. Available now on CD from Amazon etc. Online: you may host Mark Simpson’s Barkham Fantasy as a sample to promote the release if you wish. Please contact me if you plan to do this. If problems with above player please try this version or listen through Soundcloud. The launch event, at The Forge in London, was reviewed by Ivan Hewett in The Telegraph (“amazing decisiveness”, 4*) and by Frances Wilson on The Cross-Eyed Pianist. The CD has been reviewed by Simon Cummings on his 5:4 blog. Tracks from the disc have been broadcast by Kit Records on NTS Radio. NB The above video may be shared but please do not repost the following (full-length) video – it is for demo purposes only. You can contact me direct on r.uttley.pianist@gmail.com or via the Contact page.
Follow me
Feel free to use any of the following images for press. Please credit as specified. (Click image for download.)  Album cover (credit Nat Urazmetova) 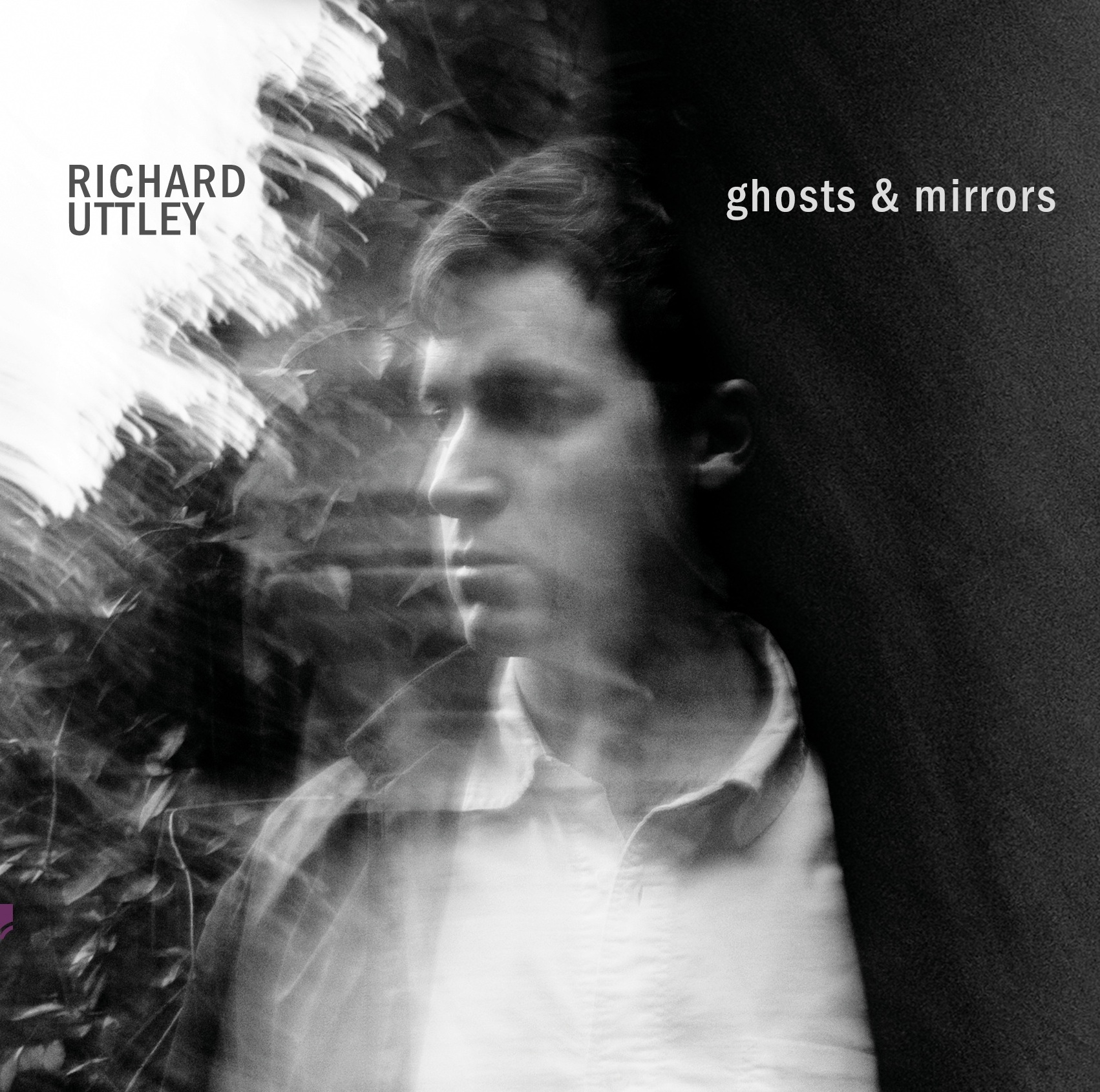 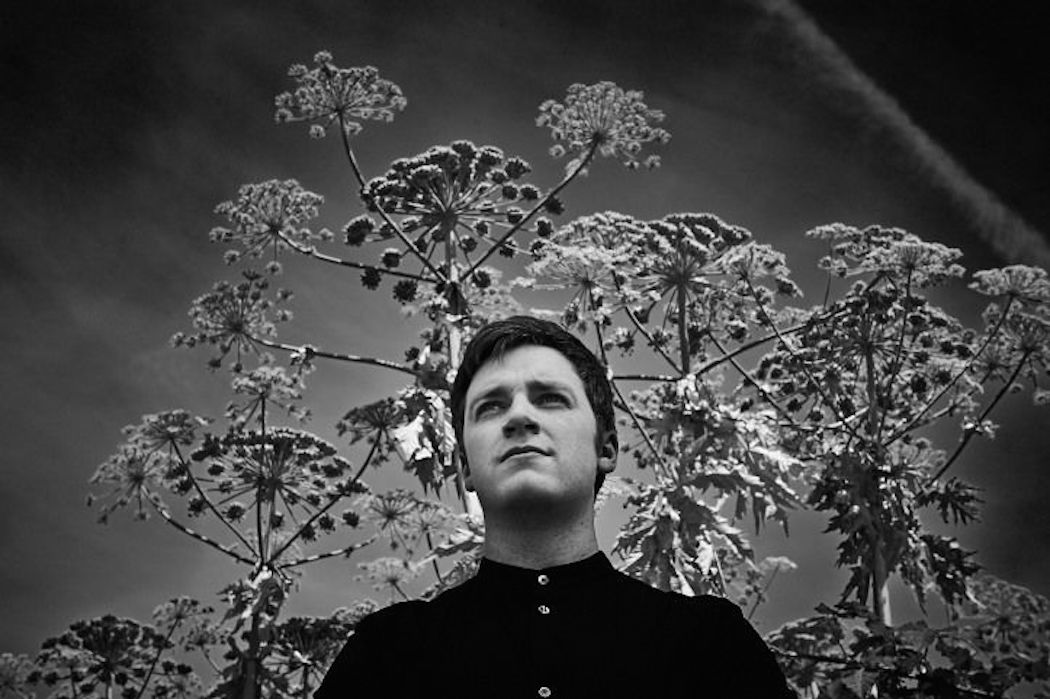 From my introduction in the liner notes:

I see each of the works collected here as a reflection upon something. A number of them mark life or death: Lulu Fantasy features the protagonist’s ‘Todesschrei’ [Death scream]; the first of Lindberg’s Piano Jubilees was a birthday present to Pierre Boulez; the Murail, Takemitsu and two of the Berio Encores, meanwhile, were written ‘in memoriam’. Others reflect on specific pieces or genres: Lindberg ruminates on his Jubilee I in Jubilees II-VI; Adès revisits the Mazurka, taking up where Chopin and others left off; Simpson explores and explodes Classical Alberti bass; and Wolfthal reincarnates Berg’s Lulu as a piano paraphrase. Reflection in its other sense – mirroring – guided my programming. Inspired by the palindromic music in the middle of Berg’s Lulu, I tried to create a sense of symmetry within the structure of the programme. The centrepiece is Wolfthal’s Lulu Fantasy, which is itself ‘symmetrical’. This is flanked by the Murail and Takemitsu, both of which were written in memory of Olivier Messiaen. Next, new takes on old models, by two of my favourite British composers – Thomas Adès and Mark Simpson. Finally, the six Jubilees that begin the programme are mirrored by six Encores to close it. There is a haunted quality to this collection. The spirits of the composers whose music is being referred to or reworked hover somewhere nearby, and there is a preoccupation with life and death throughout. The most extreme case is perhaps with Mark Simpson, who saw ghosts as he wrote Barkham Fantasy. I hope the experience of listening to these pieces will be – if not quite so terrifying – equally vivid.

Full track listing: 1-6 : Magnus Lindberg : Piano Jubilees [2000] 7-9 : Thomas Adès : Mazurkas, op.27 [2009] 10 : Tristan Murail : Cloches d’adieu, et un sourire (In memoriam Olivier Messiaen) [1992] 11 : Alban Berg / Marvin Wolfthal : Lulu Fantasy [2008] first recording 12 : Toru Takemitsu : Rain Tree Sketch II (In memoriam Olivier Messiaen) [1992] 13 : Mark Simpson : Barkham Fantasy [2010] first recording 14-19 : Luciano Berio : 6 Encores [1965, 1990] I am happy to send out demo copies on request – please contact as above. Biog: Richard Uttley has been recognised for his ‘musical intelligence and pristine facility’ (International Record Review) and featured as a Rising Star in BBC Music Magazine. His 2010 London début, in the Southbank Centre’s Purcell Room, was described by The Times as ‘a brilliant recital’. He has performed recitals and concertos in the UK’s major halls and his playing is regularly heard on BBC Radio 3. A passionate exponent of new music, Richard has recorded and performed for the BBC as part of a Proms Plus Composer Portrait on Louis Andriessen and in Total Immersion Days on Stockhausen, Ferneyhough and Knussen. In 2006 he won 1st prize in the British Contemporary Piano Competition, after which he released two discs of 20th and 21st Century piano music for UH Recordings to critical acclaim, and premiered and commissioned new works by Mark Simpson, Timothy Jackson, Robin Holloway and Chris Willis. Highlights over the past year have included: three recitals at Wigmore Hall; appearances at Galway Mid-Winter and Presteigne Festivals; the Commonwealth Games 2014 (in a new work by Dobrinka Tabakova); attending the International Musicians Seminar at Prussia Cove (Thomas Adès Masterclasses); and recording music by Ben Foskett for NMC. Richard has collaborated with Ian Buckle (piano), Peter Facer (oboe), Rolf Hind (piano), Mikhail Nemtsov (cello), Callum Smart (violin), Rosalind Ventris (viola), Huw Watkins (piano), and Mark Simpson (clarinet) – the latter in recordings and recitals at Wigmore Hall and The Sage Gateshead broadcast live by Radio 3, and a Sky Arts Film. He also works with visual artist Nat Urazmetova in an experimental project supported by the Help Musicians UK’s Emerging Excellence Awards. This season Richard returns to IMS Prussia Cove (Open Chamber Music) and releases his third CD, Ghosts & Mirrors, on the new Artists Recording Company label. He gives recitals at the White Cloth Gallery (for Yorkshire Live Music Project), the Royal Concert Hall Nottingham, St. George’s Bristol, Cheltenham Town Hall and Barber Institute, appears at the Huddersfield Contemporary Music Festival, and records for the ABRSM. In 2015 he premieres a new work by Matthew Kaner at St. John’s Smith Square, appears at Cheltenham Music Festival and performs Rachmaninov’s Rhapsody on a Theme of Paganini in Leeds Town Hall. He continues to participate in the Royal Philharmonic Society/YCAT Philip Langridge Mentoring Scheme, through which he is mentored by Rolf Hind. Born in Bradford, Richard read Music at Clare College, Cambridge, graduating with a Double First. He studied with Ian Buckle, and then at the Guildhall School of Music & Drama with Martin Roscoe, where he completed a Master’s and Artist Diploma (Distinction), was a Fellow 2010-2012, and is now on the academic studies teaching staff. He was selected for representation by Young Classical Artists Trust (YCAT) in 2011 and is a Trustee of New Dots, a charity promoting contemporary music.
Scroll Up