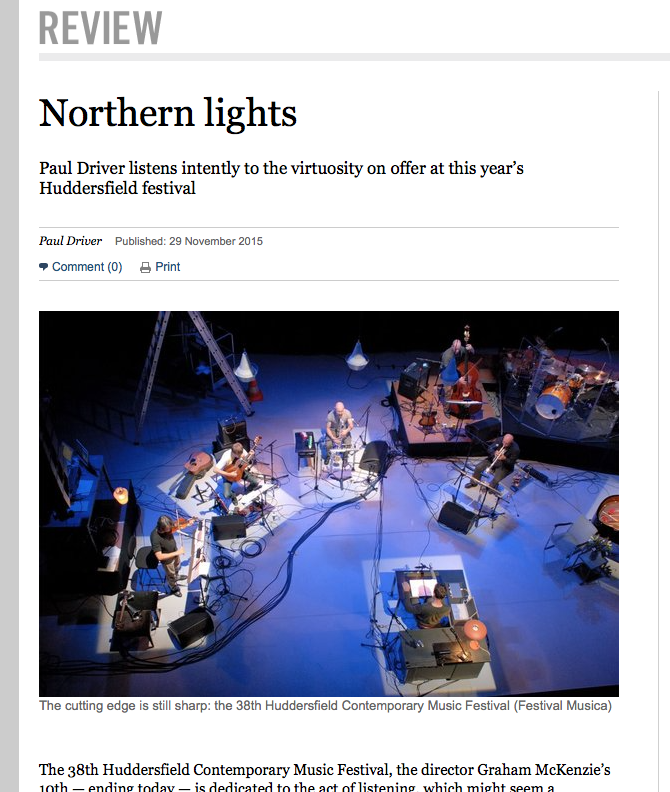 “… Naomi Pinnock’s new Lines and Spaces, included in a brilliant recital at Phipps Hall by the pianist Richard Uttley, was explicitly inspired by Martin screenprints and a canvas. The alternation of “Space” sections — static, evacuated, quiet — with the plain mini toccatas of the “Line” ones was satisfying, both in itself and as an analogy. Francisco Coll’s new piece, a concentrated, brief triptych, Vestiges, was also prompted by a painter, the Spaniard Hugo Fontela, but Coll’s idiom is far from any minimalism.

At the opposite pole from that approach lies the metrical supercomplexity of Conlon Nancarrow’s player-piano music, and Coll adapts that language of impossibly dynamic canons with originality and force. The virtuosity he called for, and got, from Uttley was commanding indeed, but is essentially unshowy (if passionate), and clearly at the service, not of ego, but of contemporary music seen as a broad church. He played one piece — Thomas Larcher’s Smart Dust — on a prepared piano, and another — Michael Cutting’s This Is Not a Faux Wood Keyboard — on a Fender Rhodes, striking its keys with hammers.”