I’m very pleased to have become the latest addition to the team who run New Dots. The founders approached me about joining them after the concert in May and I was delighted to accept, so I’m going to be helping out with it for the next couple of years at least. New Dots is a charity that primarily supports emerging composers, by providing a platform for them to have their works performed, connecting them to musicians that love playing contemporary music and helping these performers and composers build an audience. Through this work we also aim to widen appreciation and interest in new music.

At the moment we have two concerts per year, at The Forge in Camden, and present six pieces by different composers at each. The instrumental / vocal forces are fixed in advance, then a call is put out for composers to apply to write either a brand new piece or offer something they’ve already written for a combination of the instruments/voices available. The featured composers are chosen by a selection panel which changes for each concert. Once they have been selected, the composers write their pieces, working with the musicians in rehearsal and prior to that too if they want. The concerts themselves have an informal atmosphere (The Forge works well for us as the room the concert is held in connects directly to the bar), do not last too long, and involve the performers and composers talking about the music in terms of why they wrote it or what it’s like to play. Often there’s a story behind a piece or it demands some unusual playing technique that’s interesting to hear about.

The niche I feel that New Dots fills is emerging composers getting chamber works played and heard by people who are interested in them. Ordinarily it can be difficult for performers to programme new pieces as promoters often fear the unknown, worrying about risking it on their audience. As a result there is little out there for audiences to go to where they can hear work by emerging composers – not just the ’emerged’ ones with big publishers backing them – in an engaging, entertaining format. There are lots of schemes for emerging performers, and quite a few for composers, but the latter usually seem to focus on big orchestral pieces. I think it’s important to have something more for chamber music, as smaller-scale pieces have a greater chance of getting repeat performances and as such being heard more often.

We have exciting plans for the years ahead, including a big concert (these might become a regular fixture every couple of years) based on some of the highlights from what we’ve presented so far; using unusual instrumental/vocal combinations; arranging repeat performances; and facilitating cross-arts collaborations. 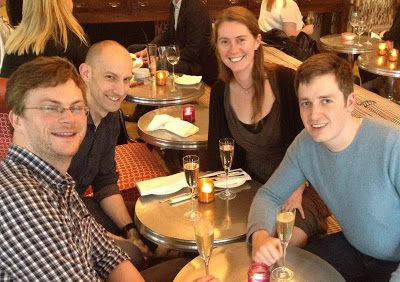