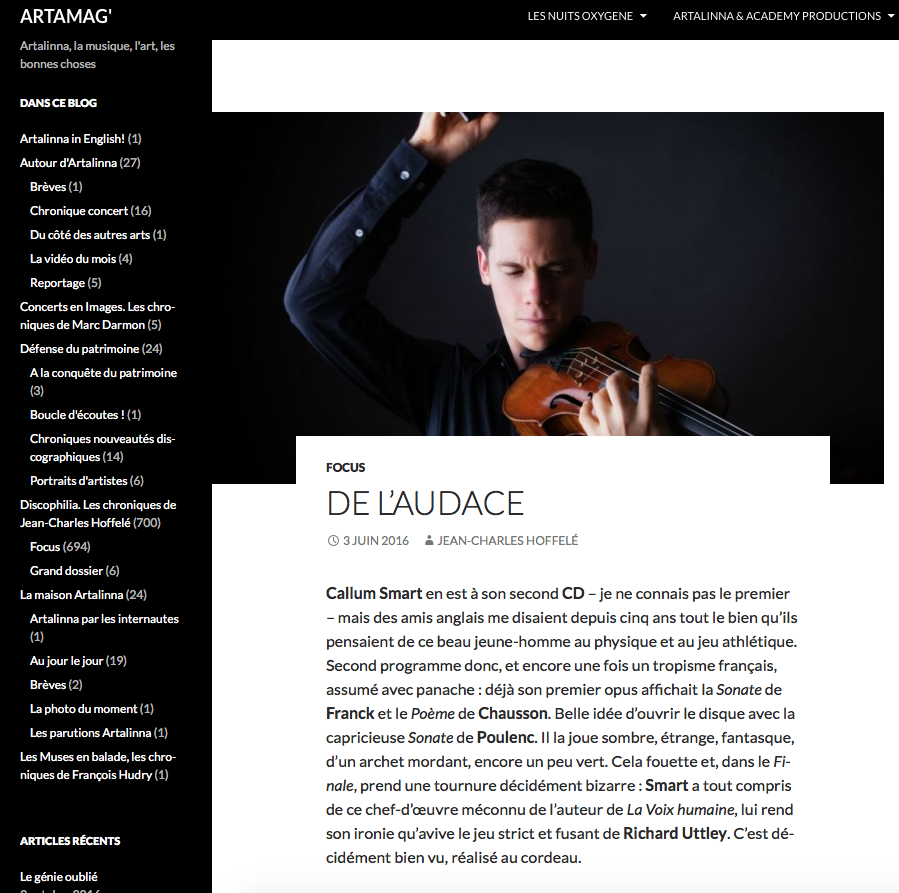 “Smart’s second recording is once again on a French theme which is executed with flair…It is an inspired idea to open the recording with Poulenc’s capricious Violin Sonata. He plays it darkly and mysteriously with fantasy, with an intensity of the bow that still has a little rawness… Smart perfectly understands this little known masterpiece from the composer of La Voix Humaine, giving it the irony which intensifies the unerring and integrated playing of Richard Uttley. This is certainly an accomplished interpretation, precisely realised. The disc is titled “La Voix” and is particularly fitting to the Fauré, as during the darkly-hued First Sonata the young man plays upon the baritone voice, shading his tone as though he were singing, without ever sacrificing expressive power for aesthetic decoration… Smart adds Pièce en forme de Habanera lightening the mood with a sublime dreaminess; not the least shadow of mannerism, but a moulded singing line with a slight hint of acerbity in the sound that I love.”