The Strad magazine selected La Voix as a Recommended Recording in their June issue. It was reviewed by Julian Haylock:

Accompanied by an illuminating booklet note that captures the essence of Fauré’s A major Sonata as being composed ‘against a backdrop of heartache’, Callum Smart and Richard Uttley gently caress the finest of his early works with a cantabile grace and elegance that distil the composer’s churning emotions into a sound world of captivating restraint. By making light of the Frenchman’s occasionally Schumannesque textural density, they point up familial connections with Poulenc’s Sonata and Ravel’s Tzigane and Pièce en forme de habanera that normally lie hidden from view, whether it be the occasional insouciant gesture or an unmistakably French charm and piquant clarity of thought (albeit with a sometimes unmistakably Hispanic accent).

The Poulenc Sonata’s delicate balance between neoclassical jollity and haunting introspection is keenly felt here, the key moment in the finale when frivolity turns to tragedy being particularly well judged. Smart’s sinewy, silky tone comes into its own in Tzigane, in which the long unaccompanied ‘improvisation’ sounds for once like an introspective meditation rather than the usual excuse for lashings of virtuoso fireworks. Finest of all is the habanera, which shimmers in the twilight as though emerging from some distant gypsy encampment, atmospherically captured in gently cushioned yet tactile sound. 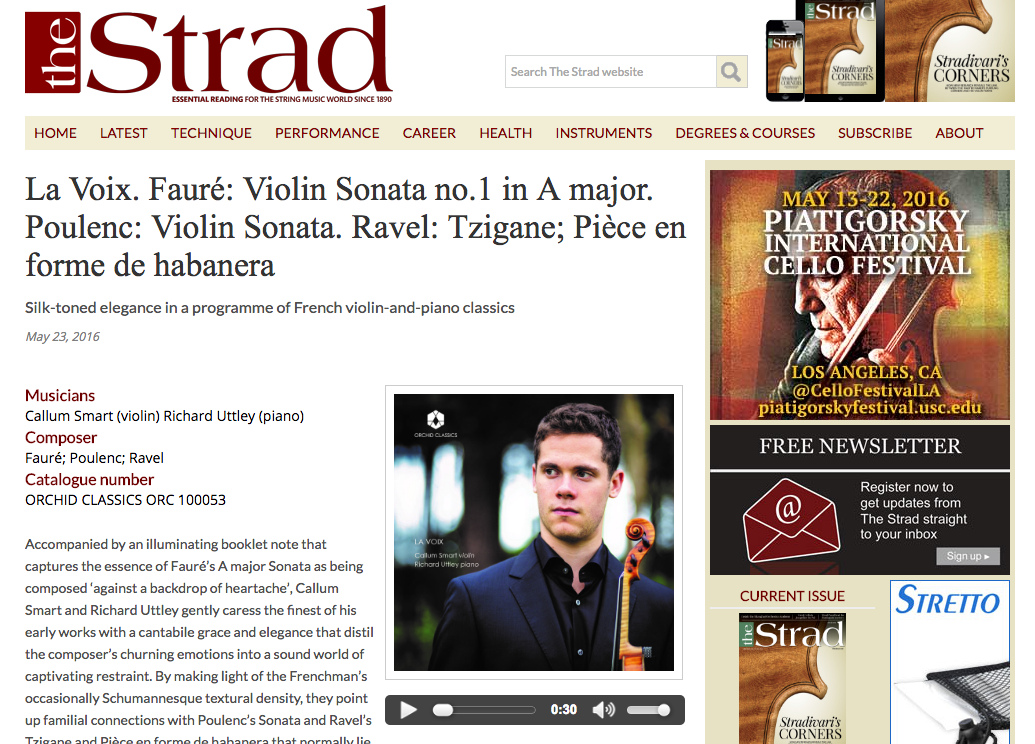