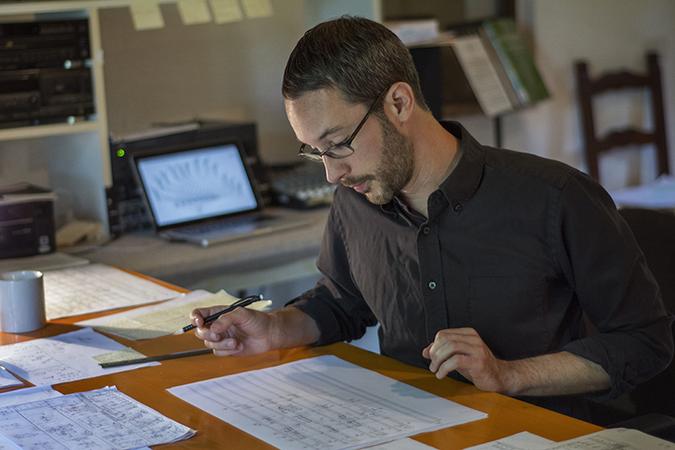 At this year’s Huddersfield Contemporary Music Festival I’ll give the UK premiere of American composer Eric Wubbels‘s Psychomechanochronometer. I became interested in Wubbels’s music through the Wet Ink Ensemble, of which he is pianist and co-Director. It was Michael Cutting – while we worked on the piece he wrote for me for hcmf// 2015 – who first put me on to the Wet Ink Ensemble, and a big new piece by Michael for Fender Rhodes and tape machines is part of my programme at hcmf// 2016 too. More on that later… For now here’s a short note I wrote on Psychomechanochronometer:

‘Psychomechanochronometer’: a device for measuring time as it is perceived and felt in the body. The piece keeps time against itself, setting up bare rhythmic patterns whose grooves it then fills with notes at the limits of human and mechanical execution, causing them to trip and glitch. Repeating materials of different lengths are superimposed and, as they orbit each other, generate kaleidoscopically changing surfaces. It ends in pulseless shivers.

Psychomechanochronometer was commissioned by the Yvar Mikhashoff Trust for New Music.