Having performed Bartók and a piano duo I wrote last year in Multi-Story’s Chamber Music Series at Bold Tendencies, this year Kate and I played Stravinsky’s Rite of Spring in its piano duet arrangement by the composer. Review by Fiona Maddocks for The Observer: 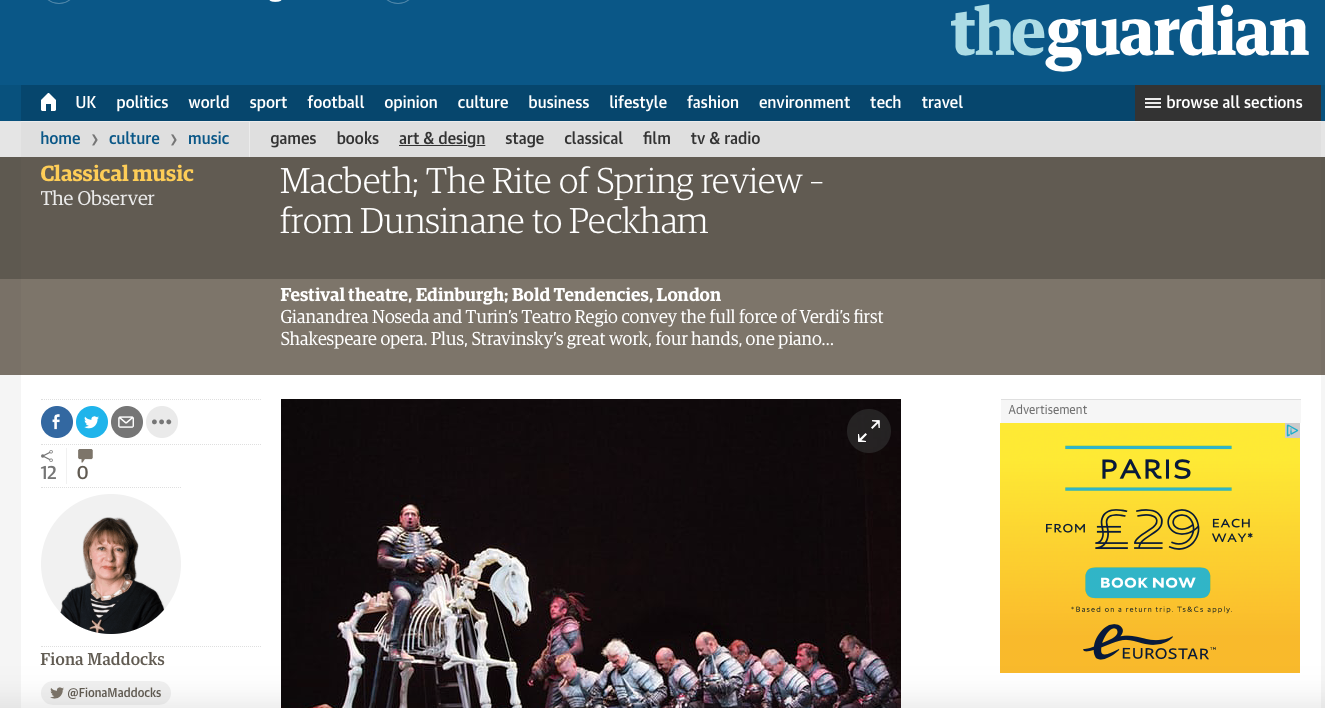 Now that the Multi-Story Orchestra has been admitted into the mainstream for the second year running, deservedly, with its inclusion in the BBC Proms, we shouldn’t forget that its activities run at Bold Tendencies, on the disused top four floors of Peckham municipal car park, all summer, and independently, drawing audiences you don’t see at mainstream concerts. It’s hard to stress the importance of the enterprise.

A recent innovation is a chamber series in the more intimate Straw auditorium, sited between the concrete slabs of levels 7 and 8 and made from brass, gold and straw bales. Here last week, Kate Whitley, pianist, composer and Multi-Story co-founder, together with Richard Uttley, gave two performances of Stravinksy’s The Rite of Spring in the piano duet version – which Stravinsky once persuaded Debussy to play through with him ahead of the 1913 full orchestral premiere. Debussy may have been an unflappable chap and a fine pianist but this must have been quite some test. As Whitley explained, it’s fiendishly difficult. Both she and Uttley made a couple of helpful points about the Rite before storming and dancing through the work itself, hands and bodies snaking round each other as they rattled out the complex rhythms of the 20th century’s most influential composition.

On one piano (the same transcription is more often played on two), inevitably, the thunderous, percussive elements from the bottom of the keyboard stand out more stridently than the lyrical, sustained passages higher up. If the vivid orchestral brilliance is lost, a structural clarity takes its place. The Rite of Spring was the work the Multi-Story Orchestra played at its first concert in 2011. They’re back playing it on 9 and 10 September. It’s worth every long step up Simon Whybray’s cheerful “Hi boo I love you” bubblegum pink staircase, not just for the music, or for the incredible views of London’s skyline. With Southwark council planning to demolish the car park and bid farewell to Bold Tendencies and other occupants when their leases run out, go while you have the chance. It may not be there for ever.