I’m recently back from my third trip to China, this time with violinist Savitri Grier. I first toured China in March 2017 and have now given 22 concerts there. All but one of these has been in a different city, and in the case of the one hall I had been to before, I only realised when I looked down to check my phone and saw it had automatically logged into the WiFi. There is a certain similarity between many of the halls on the inside – a large number were built by the same company – but the outside is a totally different matter; each is individual, and the most beautiful are like exquisitely-crafted spaceships.

Despite the short time-frame in which my visits have taken place, I noticed a real change in the audiences on this trip. The fundamental difference seems to be that they’re now much more happy to use the silent/vibrate setting on their phones – previously the dinging C of the message alert chimed throughout each concert. In the most successful concerts I had a real sense that we took the audience ‘with us’, and that they were quite rapt at points. One of the works on our programme was Georges Enescu’s Impressions of Childhood. I had been concerned beforehand that its expansive structure would be a challenge to audiences that might include many who were young or coming to Western classical music for the first time. In fact its steady, inexorable sweep is masterfully controlled by Enescu, and is what makes the piece so strong, in my opinion. Happily, and perhaps precisely because these audiences are constantly trying new things, they were as open to this as they were to the Franck Sonata (also on the programme), and it was to our great delight that the Enescu was very well received every night.

In some venues I even found the clapping to be different from what I had experienced previously. I had become accustomed to what felt like fairly minimal applause, that stopped before we’d reached the middle of the stage at the beginning and before we’d left it at the end (though I have been assured this isn’t an indication of their not having enjoyed the performance!). This is a surprisingly big challenge to deal with psychologically, and particularly if the applause stops abruptly while you’re making your way across a large stage (it’s like having a rug pulled out from under you). Pleasingly though, in the bigger cities on this trip, I noticed clapping habits to be more similar to those in the West, where we clap at the very least until the performers are on and off the stage. I haven’t played in Beijing or Shanghai but believe the case to be even more so there.

Photo from a taxi in Chongqing 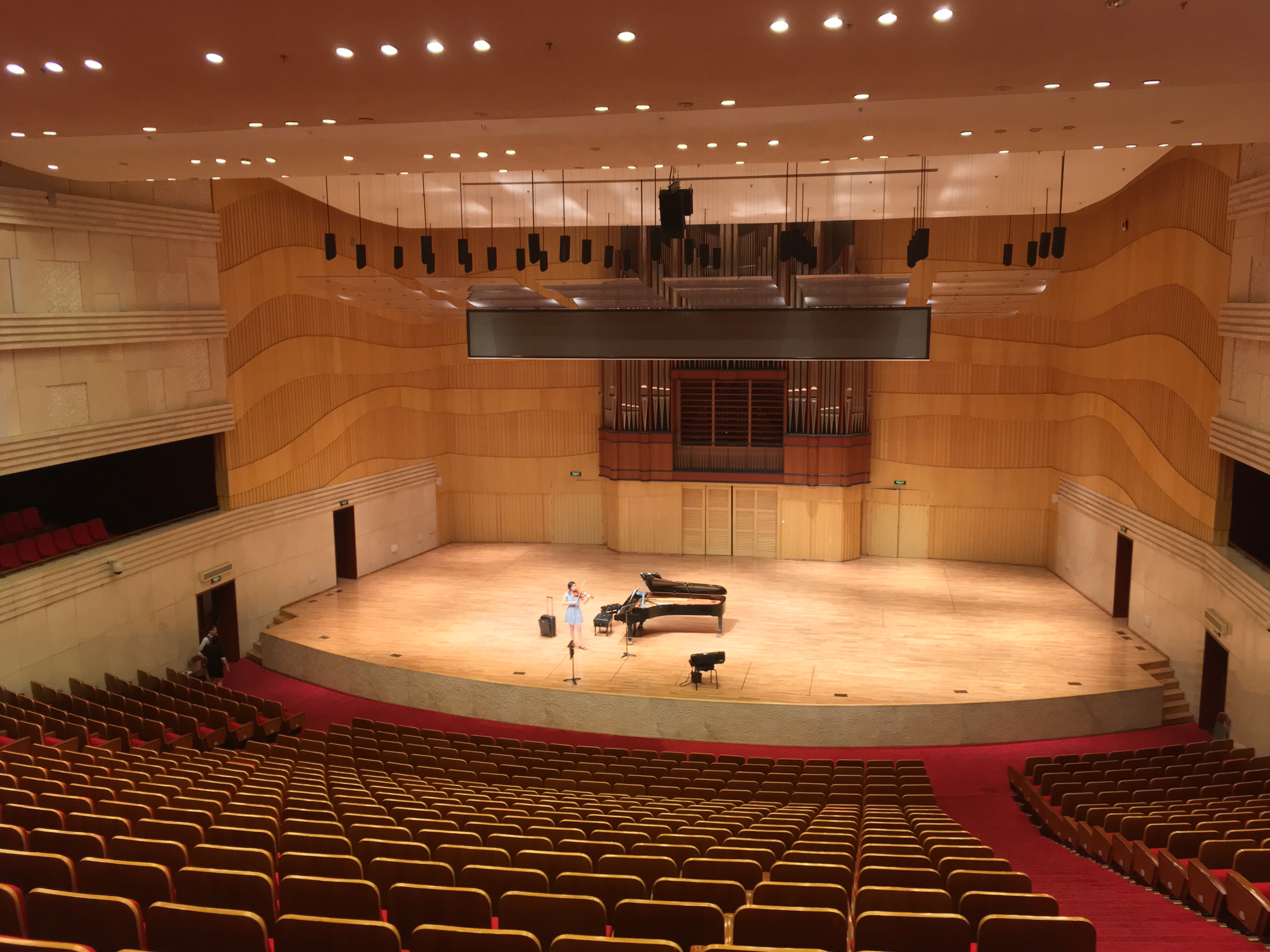 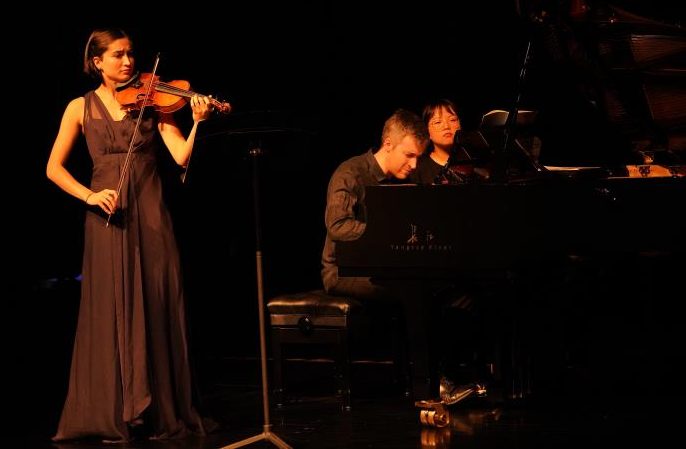 An unexpected difference between the way concerts are organised in China and in the West emerged when the travel for our recital in Zhanjiagang was severely disrupted (due to a typhoon in Shanghai), meaning we didn’t arrive until around 11pm on the day of the concert. Ordinarily this would simply have meant that the concert would have to be cancelled, but in this instance it was rearranged to the following day. I can’t imagine this being possible, let alone suggested, anywhere in the West, and I’m not quite sure what it says about our differing systems, but I found it interesting nonetheless.

The extensive travel meant there was much welcome time for reading, and one of the books I read was Edith Wharton’s The Age of Innocence, which I finished during one of our concerts while Savitri performed the Chaconne from Bach’s D minor Partita for solo violin. There was an unexpected synergy between the closing pages of this novel and the spiralling music of Bach’s Chaconne. I use the term spiralling not only because of the arpeggiated chords at the climax of the piece, but also because the chaconne form involves a constantly repeating bassline, with the parts above varying, and as such the form acquires greater depth as it proceeds. Perhaps exhaustion and adrenaline also had something to do with it, but all of this seemed to chime perfectly with the epilogue of the novel, which flashes forward in time into the next generation of the family it follows, itself playing with notions of constance, renewal and the passage of time. 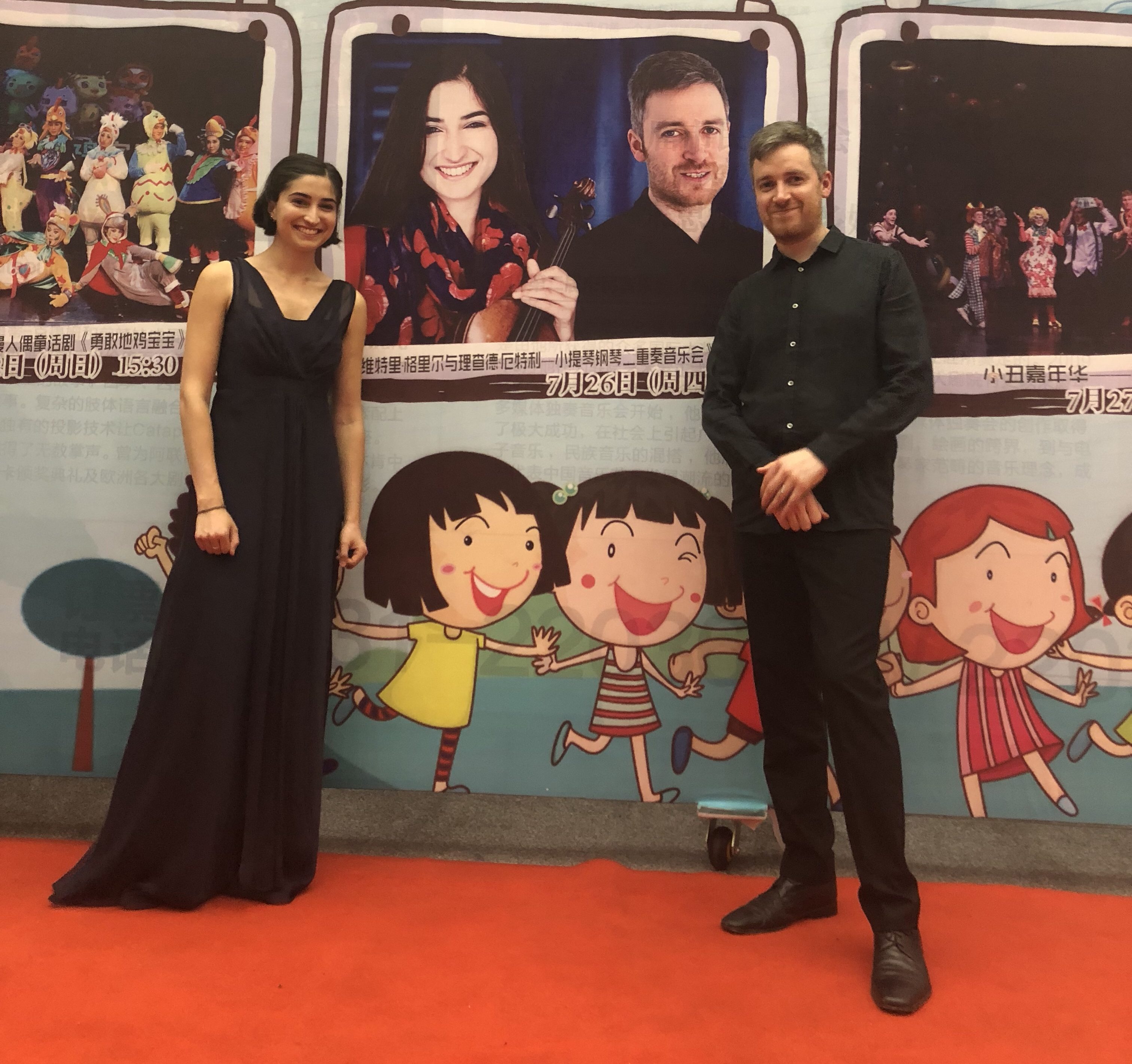 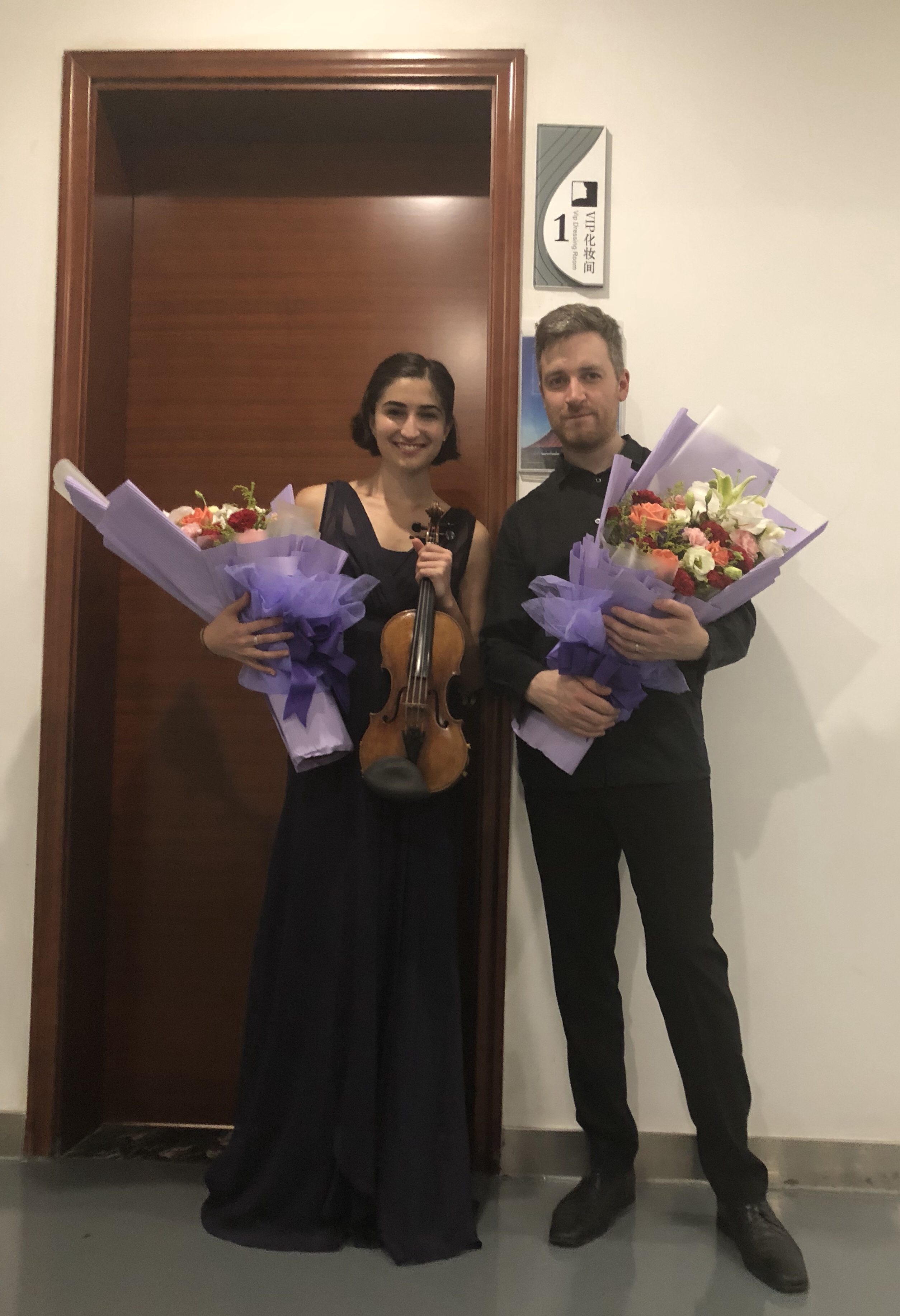 One of the highlights of every trip to China has been the food. Needless to say, this is not always straightforward, and with the combination of jet-lag, lengthy internal travel from one city to another, and regular concerts in big halls filled with hundreds of people, it feels especially important to try get this right. Savitri is pescatarian, and I had feared this might lead to problems – often a vegetable dish in China comes generously adorned with meat), but in fact it helped to narrow our choices, and I felt better nourished on this trip than on either previous one. Some colourful descriptions we encountered contributed greatly to this enjoyment – ‘yellow silk of cucumber’ (courgette ribbons), ‘prickly ash’ (chilli), and ‘another person at the table’ (cod – large portion), being some standout examples. On the final night, in downtown Zhuzhou and casting my politely-adopted pescatarianism aside, I indulged in some of the most fantastic barbecue food (a favourite in certain parts of China) I have tasted. I also encountered a rather thought-provoking sign in the bathroom. 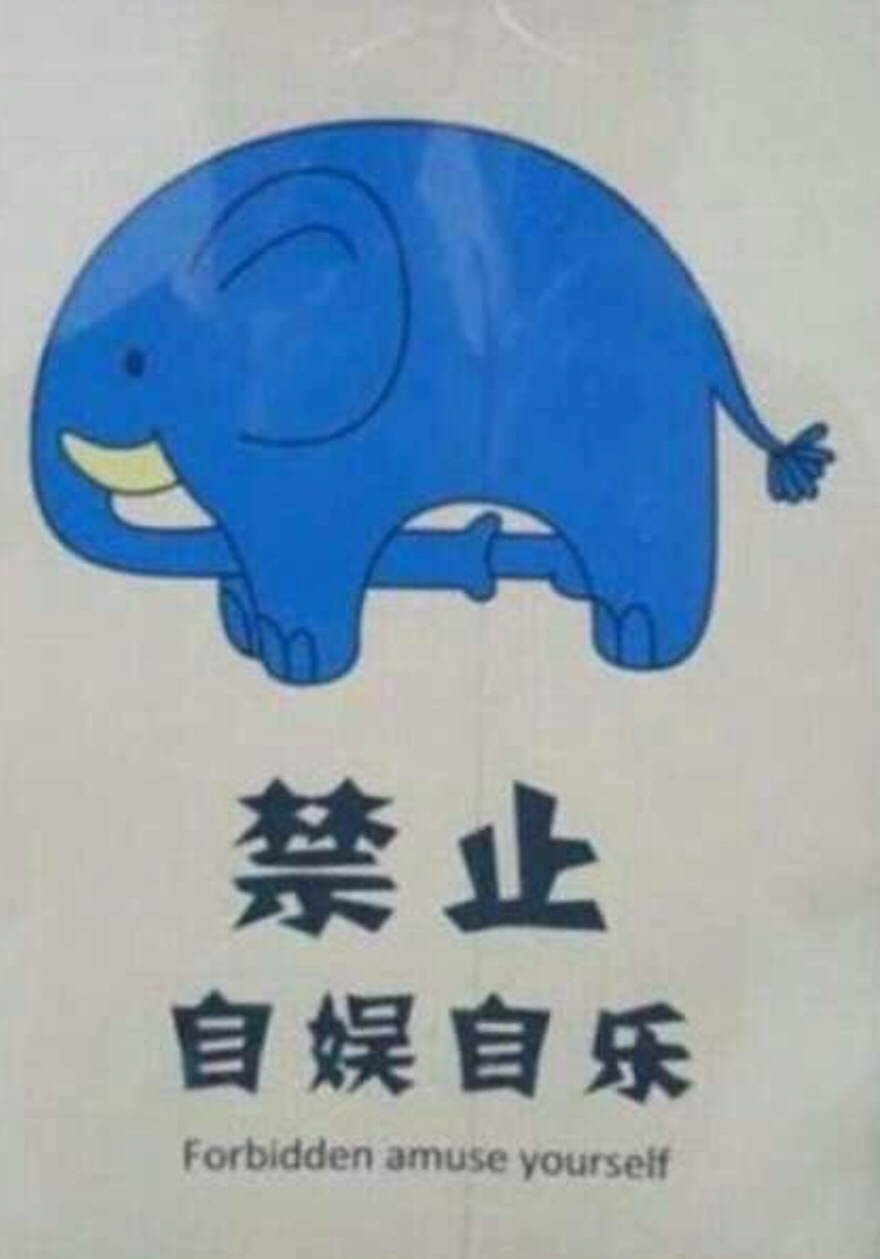