As part of the Philip Langridge Mentoring Scheme, through which I was mentored by Rolf Hind, the Royal Philharmonic Society were able to commission a new piece for me. I took the opportunity to ask Naomi Pinnock to write me something. I’d wanted to ask her for a solo piano piece since hearing her arresting, beautiful and dramatic Sting Quartet No.2 performed by the Arditti Quartet at the Huddersfield Contemporary Music Festival back in 2012.

Naomi’s new piece is a sequence of miniatures entitled Lines and Spaces, inspired by the work of Agnes Martin (who was the subject of a recent retrospective at Tate Modern). I will give the premiere as part of my recital at hcmf// on Saturday 21 November, and will also play it in the Bridgewater Hall on 6 January 2016. 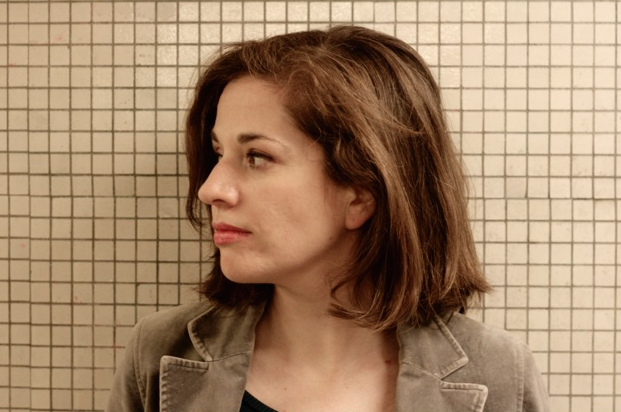 It seems Martin’s work has had a particular influence on this year’s hcmf// – Artistic Director Graham McKenzie writes that it was while attending an exhibition of her work that he decided to install Jürg Frey as Composer in Residence (his music can be heard throughout the festival, including on the Saturday evening), and Ed Finnis credits Martin as one of the influences on his piece Seeing is Flux (performed earlier on the Saturday afternoon by the London Sinfonietta).

There is a fragility to the emphatically human rendering of grids, patterns, lines, dots and simple shapes in Martin’s paintings, and human ‘imperfection’ is similarly integral to Lines and Spaces: in places Naomi introduces subtle colour changes of her own, and in others she sets a pianistic task so mechanistic in nature that ‘blemishes’ – unpredictable, un-notatable – become inevitable. The sequence demands close, focussed listening, and creates a soundworld that is spacious and suggestive in its dreaming, yet utterly precise in language.

The subtitles for Space II and Space III originate from works by Agnes Martin: On a Clear Day (1973, Portfolio of 30 screen prints) and Song (1962, Oil paint on canvas).

Whilst composing these miniatures I kept coming back to Agnes Martin’s exquisitely simple paintings. They have shown me over and over again how much is possible with lines and spaces. They are just grids and lines, and yet they evoke much more with the delicate layering of paint and beautiful imperfections.

These miniatures fluctuate between compressing or expanding, creating a bold line or subtle bands of faint colours.